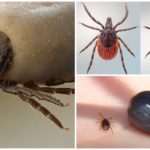 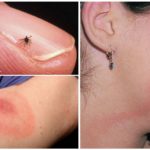 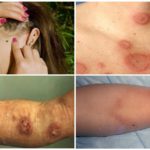 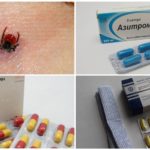 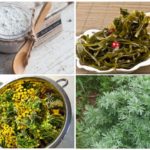 One of the serious infectious diseases is tick-borne borreliosis. Its pathogens are motile microorganisms with a spiral shape, which are called spirochetes.The presence of their cilia makes it easy to move. Borreliosis tick-borne is transmitted through the bite of parasites. They are able to live in different climatic conditions. For humans and animals, these parasites are extremely dangerous, as they are the causative agents of many diseases.

A bit of history

Borreliosis mite, as it is often called, is the causative agent of Lyme disease. The disease was first recorded in the seventies of the last century in the American city of Lyme, from which the name came. Later, tick-borne borreliosis was also found in other European countries, including Russia. Every year, about 8 thousand cases of this disease are recorded in the country.

It is impossible to become infected with Borreliosis without a tick bite, which has been proven scientifically. Some doctors believe that the disease is sexually transmitted due to the fact that there are Borrelia in the semen, through the blood of the donor and the unpasteurized milk of an infected animal. All these assumptions are in question. If there is such a probability of infection, then it is negligible.

The causative agent of borreliosis penetrates the cells and can be there, not showing anything, a long period (up to 10 years) in the so-called “sleeping state”. This leads to chronic borreliosis.For others, the patient is not dangerous and can not infect other people. The disease is classified according to various criteria. Its form is:

The course of the disease may take an acute form, which is divided into the following types:

The acute course of borreliosis from a tick bite lasts for 3 months, and the subacute from 3 to 6.

Chronic form of flow is of two types: 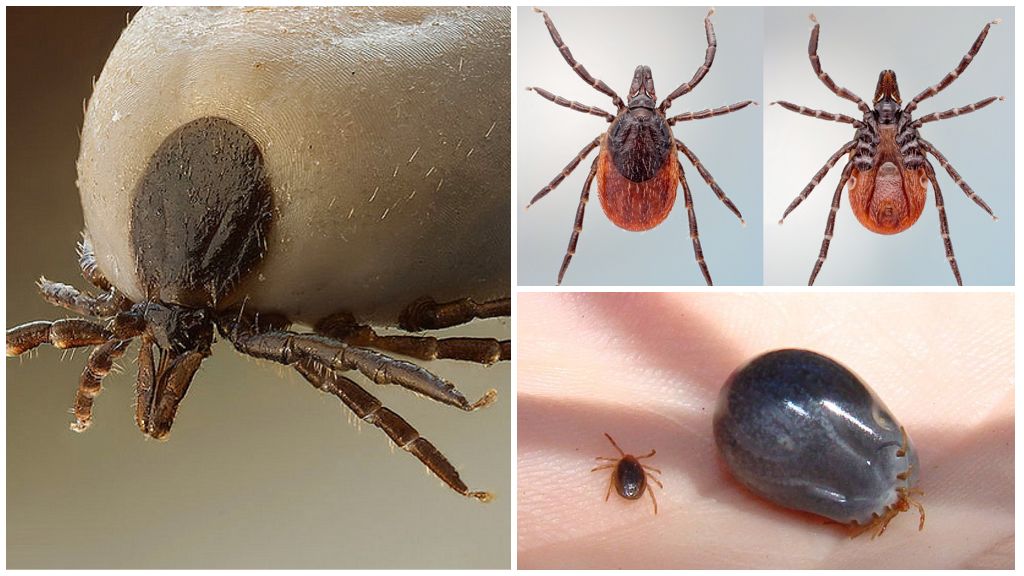 According to the severity of borreliosis, there are 4 forms:

Borreliosis from a tick occurs when the parasite injects its saliva into the blood of the human body.The tick itself becomes a carrier of the disease as a result of the bite of domestic animals that are owners of dangerous microorganisms. Borrelia penetrates his body, he becomes a carrier of infection for life, but he does not get sick.

The nature of Lyme disease is natural focal. The cause of the disease are 3 types of borella:

They are microscopic microorganisms whose length is from 11 to 25 microns. The first signs of borreliosis after a tick bite in a person begin to appear in 1-2 weeks. Incidence is detected on all continents. The only exceptions are the Arctic and Antarctic. The host of the pathogen can be a variety of animals: sheep, dogs, rodents, cattle. They do not pose a danger to humans, unlike an infected tick, which passes the infection to the next generation. Most often, their habitats are regions with a temperate climate, especially in those areas where there are many mixed forests. In Russia, these are central regions, Western Siberia and the Urals. Tick ​​activity is observed with the arrival of spring.

The bite of a borrelia tick can cause 2 types of diseases: boroleosis and encephalitis.These are different diseases, they differ in the incubation period, symptoms, treatment. Tick ​​activity continues until October. At this time, they can bite any person, regardless of age. Older people and children suffer the most. The probability of getting sick increases when visiting parks and forest areas.

Stages and symptoms of the disease 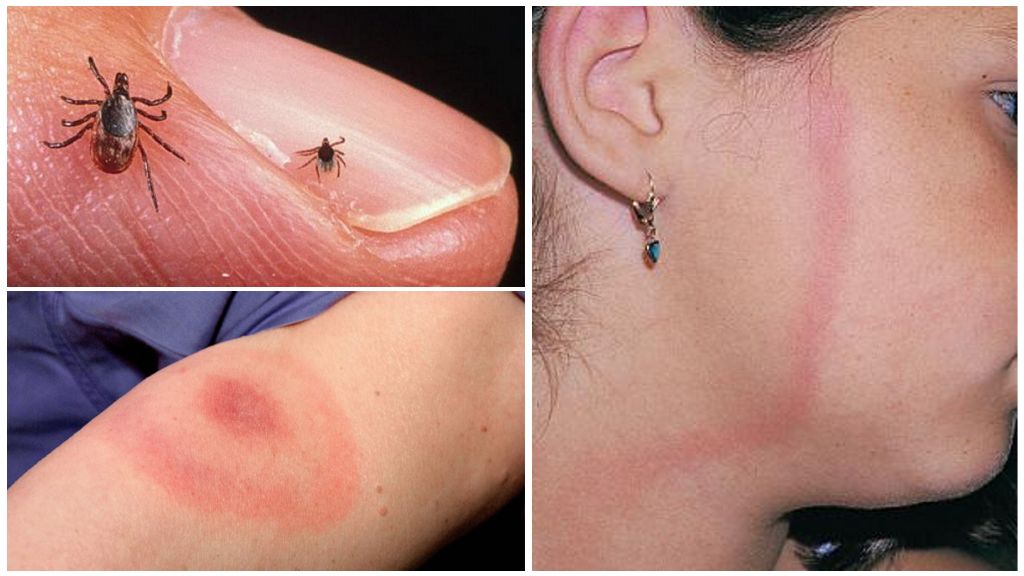 For a person, the development of the disease may pass unnoticed, especially if he did not feel the tick bite. There are 3 stages of the disease, which are characterized by certain symptoms and effects of tick-borne borreliosis.

It is characterized by local and general manifestations. They are reversible, the duration is from 30 to 40 days. The first signs begin to appear 3 days after the tick bite. Some people (6-8% of the total number of sick patients) do not experience any symptom at all - a hidden course of the disease. Most people in the area of ​​the bite appear redness in the form of a spot, which is increasing in size every day. Most often the spots appear on the legs, chest, shoulders, neck, in the groin area.Sometimes it happens, as if “crawling” of spots all over the body, they are not tied to the bite site. Symptoms of Lyme disease at this stage manifest as:

In some patients, there are specific signs in the form of a runny nose, cough, sore throat.

In a certain part of people, the manifestation of the disease after a tick bite can manifest itself only in the form of spots. If you do not take action and do not treat borreliosis in time, it can turn into other stages. The majority of infected people with the right treatment recover and get immunity for 5 years.

Infection at this stage spreads throughout the body, it lasts about three months. The disease is chronic. Borrelia penetrate deep into the tissues and cells of the body, there is a lesion of the brain and spinal cord, joints, heart, eye retina. This stage is characterized by a severe course of the disease. Symptoms of borreliosis after a bite appear as follows:

To prevent further development of the disease, it is necessary to carry out appropriate treatment of tick-borne borreliosis, the disease can drag on for several months, sometimes up to two years. 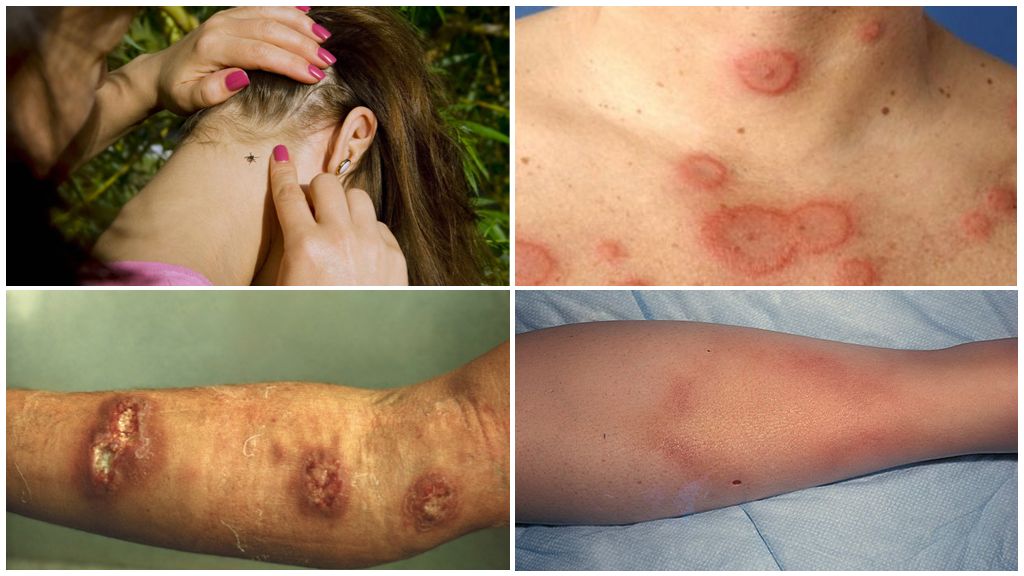 At this stage, borreliosis becomes acute. It manifests itself in the form of chronic arthritis, atrophic acrodermatitis (severe damage to the skin), and disorders of the nervous system (encephalopathy, polyneuropathy, encephalomyelitis). Most often, the disease is reflected in any one system.

At this stage, the person needs long-term treatment with antibiotics. The consequences for adults can be very different. Recovery is not always possible.Not everyone can normally endure this stage of the disease. A large number of patients are doomed to relapse. This leads to disability and job loss. Rarely, but fatal.

How to treat borreliosis

Prevention of borreliosis in the form of vaccinations is not carried out. In relation to the patient who was bitten by a tick, is constantly monitored. If a person finds a virus in the blood, the doctor immediately prescribes the necessary therapeutic treatment with antibiotics, supplementing the course with vitamins.

Any disease, including ixodic tick-borne borreliosis, begins to be treated with a medical examination, which must correctly diagnose. He examines the patient's body for the presence of red spots, writes a referral for tests, prescribes a consultation with an infectiologist and a dermatologist. A blood test will help identify specific antibodies to the causative agent. It is recommended to do it twice, with an interval of 2-3 weeks, for a clearer picture of the disease.

Drugs prescribed by the attending physician. He also paints the dosage regimen and dosage of drugs, taking into account the stage of the disease, its reaction to the body.

In no case can not self-medicate, as it may increase the risk of adverse course of the disease.

A good effect at the initial stage gives the drug - Tetracycline. It is taken on 500 mg 4 times a day. It is sold in pharmacies, the cost of the drug is acceptable, on average, it is 120 rubles. 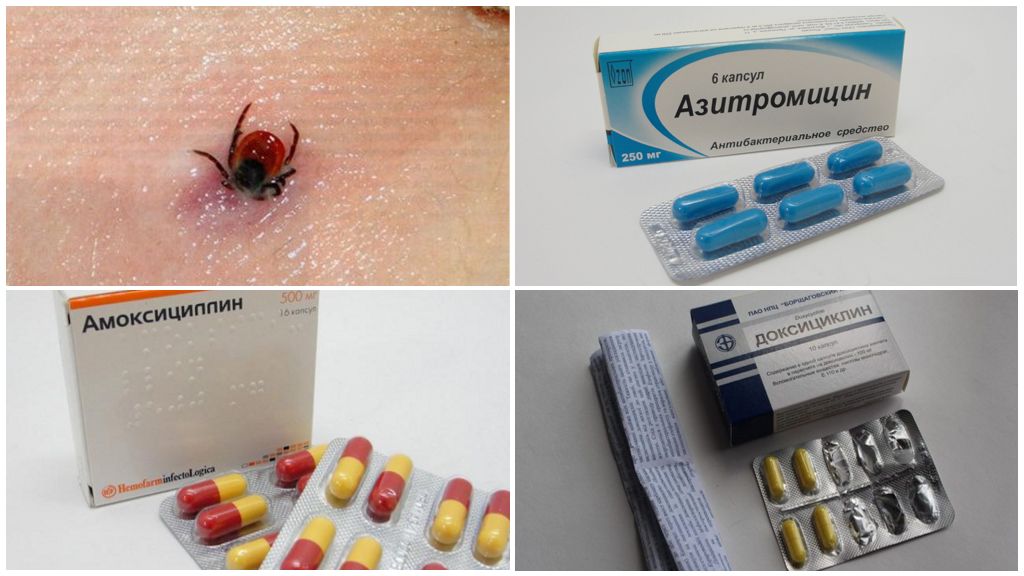 In the acute stage, drugs of general effect are prescribed. These include:

Often Lyme disease involves taking different drugs. Their combination gives the best effect. Also, when prescribing a doctor takes into account the presence of different types of symptom. So with the neurological manifestations of these well proven such drugs:

The course of treatment of any of them is designed for 14-28 days.

If a person has turned within five days after a tick bite, therapy is carried out to prevent the development of the disease if borreliosis is found in the tick.It is understood that the parasite was brought to the clinic with him and during his examination borrelia was found. Timely therapy helps to avoid serious pathologies and complications.

If a person is diagnosed with Lyme disease, he must adhere to the right nutrition. The diet should include foods that normalize the work of the gastrointestinal tract. In the morning and in the evening it is recommended to use real yogurt or kefir, due to which toxins are excreted from the body. You need to drink juices (independently prepared from fresh fruits and vegetables) and purified water. When symptoms of a neurological type appear, chicken meat and fatty fish should be eaten. For dressing salads, it is desirable to use pumpkin and linseed oil.

Help in the treatment of such folk remedies: 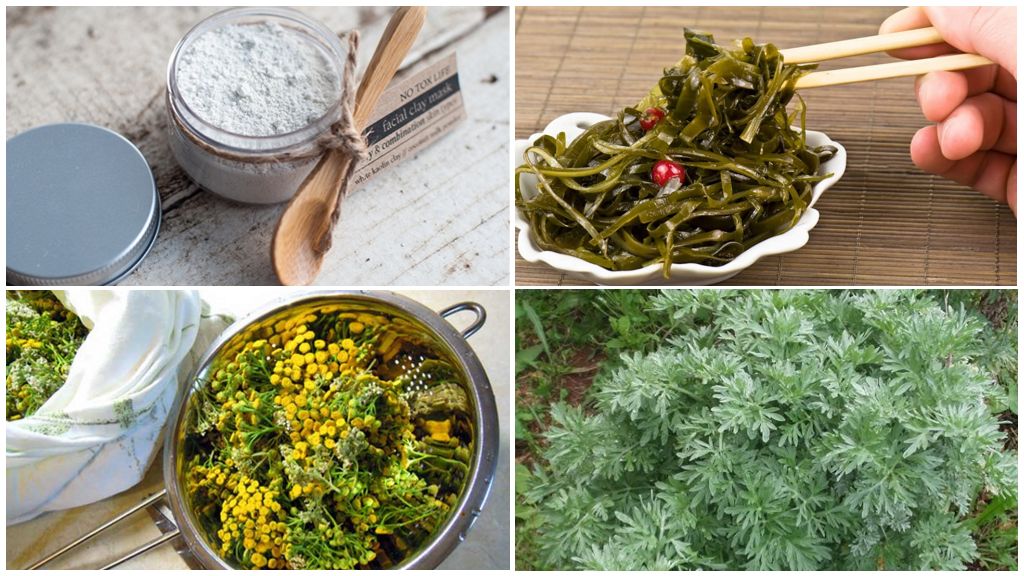 Emergency prevention is the treatment of tick bite sites. For this purpose, iodine, brilliant green and celandine juice are used. Well helps walnut oil, plantain juice. Going for a walk in the park or the forest, you must always have one of these funds in the first-aid kit.

Preschool children practically do not suffer from Borreliosis. The consequences for a child after being bitten by a tick can be unpredictable. The main danger lies in the development of meningitis. After the course of treatment, children may show residual reactions in the form of increased excitability, unstable mood, and sleep disorders. After a certain period of time they completely pass. The symptoms of borreliosis and the course of the disease in children are the same as in adults. If a child has been bitten by a tick infected with borreliosis and the first signs of the disease have started to appear: the general condition has worsened, redness has appeared at the tick bite site - you should immediately consult a doctor.

If you do not start treatment in time, borreliosis will begin to progress, more serious symptoms will appear that will have a negative effect on the internal organs. If a tick is detected, it should be removed immediately. Tweezers are suitable for this purpose. After which the wound should be treated with an antiseptic. If a part of the tick remains in it, it should not be squeezed out, it will come out. The parasite itself should be closed in a jar and carried to the study.

I was driving from the cottage on the train. A tick was found at the neighbor. I always have a cosmetic bag with me and I have tweezers in it. Helped her get rid of the parasite.

As such, special measures aimed at the prevention of borreliosis with antibiotics after a tick bite have not been developed. The main prophylactic rule is the use of individual protective measures. Since ticks live in foliage and grass, it is recommended to keep as little contact as possible with such vegetation. Going for a walk, you should take creams, lotions that scare off parasites, and be sure to inspect for the presence of various bloodsuckers and crawling ticks.

Prevention of borreliosis after a tick bite also consists in taking such antibiotics: Doxycycline, Ceftriaxone. The dosage and regimen should be prescribed by a doctor.

The best prevention after a tick bite will be timely treatment in a medical institution.